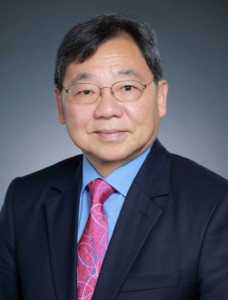 Peter has been a Rotarian since October 1991 when he became a member of Rotary Club of Tolo Harbour. He served as Club President in 2000-01 and became a Paul Harris Fellow in that year. Peter is now a Major Donor.

He began to serve the district immediately after completing his term as Club President.

He was a member of the District Finance Committee in 2001-02, the Chief District Secretary in 2002-03 and the Assistant Governor for Area 8 in 2003-04. He has participated actively in district management and projects and has had close interaction with Rotarians in the district.

Peter has served The Rotary Foundation as a volunteer auditor for two 3-H Grant Projects in South East Asia. He is involved in the District’s Hepatitis B Immunization project and is now a member of its Council and the Executive Committee. He was awarded “Rotarian of the Year” in 2002-03.

Peter is active in local community services. He is an Honorary Advisor of Heep Hong Society after serving as its Chairman for six years till December 2004. He is also an Honorary Advisor of Pok Oi Hospital, having served as a member of the Board of Director in 2004-05. In recognition of his community work, the Hong Kong Institute of Certified Public Accountants has awarded him a winner of the Outstanding Accountant Ambassadors Awards 2004.

Peter is also an active member of many trade, vocational and social clubs and associations.

This entry was posted on Thursday, December 20th, 2012 at 10:47 am and is filed under District Governor. You can follow any responses to this entry through the RSS 2.0 feed.Both comments and pings are currently closed.
Back to Top
Designed by Rotary District 3450