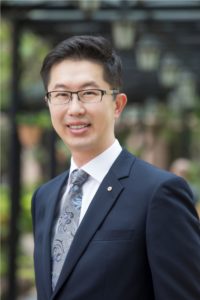 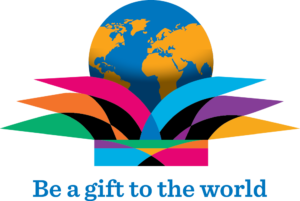 Peter is married to Katherine and is the father of Perren (son) and Pettrine (daughter).

Peter received his MBChB degree from The Chinese University of Hong Kong in 1994. He completed his residency and fellowship training at the Prince of Wales Hospital and has been granted the fellowship of Royal College of Surgeons (Edinburgh) and Hong Kong Academy of Medicine (Surgery). He has become a Specialist in Plastic Surgery since 2002 and started his private practice, Paragon Medical Centre. Peter is also the Director of the Plastic and Aesthetic Centre and the Hair Transplant Centre of the Union Hospital. He is concurrently the Council Member of the Plastic, Reconstructive and Aesthetic Society in Hong Kong and the Examiner of the Exit Examination for the Plastic Surgery Board, Academy of Medicine of Hong Kong. He has been the Honorary Clinical Assistant Professor for the Department of Surgery since 2007 and was the Council Member of the Plastic Surgery Board, College of Surgeons of Hong Kong (2010-2012).

Besides work, Peter is actively engaged in volunteer service. He has been a volunteer doctor in Auxiliary Medical Service and plastic surgeon for the charity organization “Operation Smile” for more than 10 years. He is now the Executive Member of the “Beam International Foundation Ltd” – previously known as “Operation Smile China Medical Mission”. Apart from it, he is also the Medical advisor of Hong Kong Cleft Society, member of the Editorial board of the Hong Kong Medical Diary, Federation of Medical Society of Hong Kong and the Honorary Captain of The Chinese University of Hong Kong swimming team. Honored by Hong Kong Red Cross with the Hong Kong Humanity Award in 2011, he was also the Chairman of The Chinese University of Hong Kong Medical Alumni Association (1998-2000), Chairman of Happy Health Society (2010-2012) and helped organizing the Happy Health Society Conference in 2009.

Peter joined Rotary Club of New Territories in 2005 and was the Club President in 2008-09. He began to serve the District immediately after completing his term as Club President. He was the Deputy District Rotaract Chairman in 2009-2011, Advisor for Rotaract Club of Chung Chi College from 2006-2008 to 2009-2011, District Secretary (Club Affairs) in 2011-12, Chief District Secretary in 2012-13, District Assembly Chairman in 2010 and member of the Training & Education Committee in 2010-2012. He is now Major Donor level 3 and a member of the Paul Harris Society.

Peter loves drawing, western calligraphy and photography. At the same time, he was also a competitive swimmer. 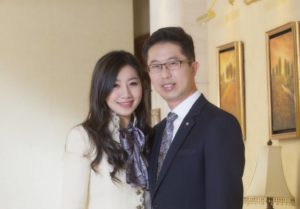 This entry was posted on Thursday, July 7th, 2016 at 1:18 pm and is filed under District Governor, Not on front page. You can follow any responses to this entry through the RSS 2.0 feed.Both comments and pings are currently closed.
Back to Top
Designed by Rotary District 3450