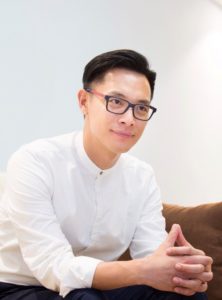 Elvo is a registered psychotherapist in Macau and the Head of Student Counselling Section at the University of Macau. He is also the Chairperson of the Macao Psychology Association. He is a frequent speaker on psychological health and has played an active role in public education about mitigating the psychological impact of Covid-19.

Elvo is also a career coach, helping young people develop their careers. He is a doctoral candidate at the University of Hong Kong, with a research focus on career development of college students.

This entry was posted on Monday, June 15th, 2020 at 12:19 pm and is filed under RCF. You can follow any responses to this entry through the RSS 2.0 feed.Both comments and pings are currently closed.
Back to Top
Designed by Rotary District 3450