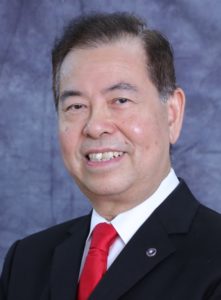 H.W. has been actively involved in community services and has joined Rotary since 2006. He has served the Rotary Club of Metropolitan Hong Kong and Rotary International District 3450 (D3450) in various capacities. He was Rotarian of the Year of D3450 in 2012-13. In 2017-18, he was District Governor of D3450. He is currently Co-chair of the District Membership Committee, and Chair of THE ONE Hong Kong Award of D3450. He is a Paul Harris Fellow, a Paul Harris Society Member, and a Major Donor of The Rotary Foundation.

This entry was posted on Wednesday, June 17th, 2020 at 1:03 pm and is filed under RCFC. You can follow any responses to this entry through the RSS 2.0 feed.Both comments and pings are currently closed.
Back to Top
Designed by Rotary District 3450