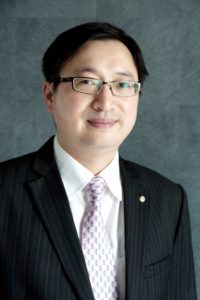 Eugene is the Director and Deputy General Manager of Junefair Group which specializes in buildings’ electrical services and wholesale of electrical cables in Hong Kong and Macau.  He is currently the Vice President of the Hong Kong Electrical Contractors Association.

Besides trade associations and Rotary, Eugene is actively engaged in community affairs.  He is a deacon of Whampoa Tsung Tsin Church, a member of the School Management Committee of Tuen Mun Government Secondary School, president of the Yau Tsim Mong West Area Committee, and has been appointed as a member of the Local Customer Advisory Committee of North District by CLP Power.

Eugene is married to Kitty and is a father of three children: Yvette, Clarice and Lincoln.  He holds a Master of Commerce, Bachelor of Economics (Honours), Bachelor of Laws from the University of Sydney, Australia.  Eugene is a member of CPA Australia and a fellow of the Financial Services Institute of Australasia.

This entry was posted on Monday, July 1st, 2013 at 6:19 pm and is filed under District Governor, Not on front page. You can follow any responses to this entry through the RSS 2.0 feed.Both comments and pings are currently closed.
Back to Top
Designed by Rotary District 3450