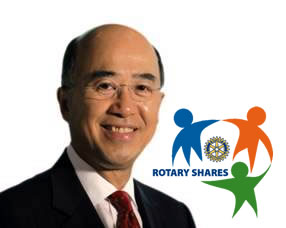 Managing Director and Chief Executive of Taifook Securities Group Limited, a company listed on the Stock Exchange of Hong Kong in August 1996, holds a Master of Business Administration Degree from the University of East Asia in Macau (currently known as “the Macau University”). He possesses over 30 years of experience in the financial services industry. He is also an independent non-executive director of a number of Hong Kong listed companies. He was awarded Director of the Year 2002 under the “Listed Company Executive Directors Category” organized by the Hong Kong Institute of Directors.

Mr Wong serves the community under a variety of avenues. He is elected as the District Governor 2007-2008 of Rotary International District 3450 (Hong Kong / Macao / Mongolia). He was the Assistant Governor 2000-2001 and 2002-2003 of Rotary International District 3450, and the President 1996-1997 of Rotary Club of Kowloon East. He is currently the Vice President (1998-2006) of New Territories General Chamber of Commerce and is the Honorary Associate of School of Business of Hong Kong Baptist University. He also serves The Hong Kong Polytechnic University in a number of capacities namely as a member of College Council for the College of Professional and Continuing Education, a Steering Committee Member of the Institute for Enterprise and a member of Executive Committee and Fellow Member of the IfE CEO Club.

Mr Wong is the chairman of The Hong Kong Institute of Directors. He is also a member of the Corporate Advisory Council of Hong Kong Securities Institute as well as a fellow member of Society of Registered Financial Planners. Mr Wong was a listing committee member of The Stock Exchange of Hong Kong Limited, a member of the Securities and Futures Appeals Panel, Standing Committee on Company Law Reform, Financial Services Advisory Committee of the Hong Kong Trade Development Council and a lay member of Insider Dealing Tribunal. He also served various committees and working groups for the Securities and Futures Commission of Hong Kong.

This entry was posted on Thursday, December 20th, 2012 at 11:55 am and is filed under District Governor. You can follow any responses to this entry through the RSS 2.0 feed.Both comments and pings are currently closed.
Back to Top
Designed by Rotary District 3450