The History of District 3450

The History of District 3450 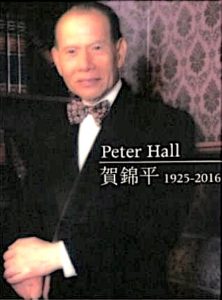 
From a lonely man’s hunger for friendship, Rotary has become the most influential international service organization today.  For one club with only four members 104 years ago, Rotary today has more than 32,000 clubs with an estimated 1,200,000 Rotarians in 200 countries and regions.

Rotary did not become truly international until it extended to Asia in 1919 when clubs were organized in the Philippines, China and India, thus attesting to the universality of Rotary by proving that its principles possessed the vitality and appeal, to transcend not only national boundaries and language limitations but also the barrier of race, religion and creed.

Rotary was an alien import when the first club in China was established in 1919 in Shanghai, and there was considerable doubt as to whether it would acclimatize itself to the Chinese soil.  Other clubs were started in Tientsin in 1923 and in Beijing in 1924, but until 1931 these three remained the only Rotary clubs in all China.

Then Rotary began to develop and the number of clubs was increased to seven by 1932 – the four additional clubs were established in Hong Kong and in the three Manchurian cities of Dairen, Harbin and Mukden.  The life of the three clubs in Manchuria was, however, very brief as they were forced to cease functioning following the Japanese occupation in the same year.

Through the efforts of the late Dr. C.T. Wang, (close relative of Past President Wing Chow of Victoria Rotary Club) eleven new clubs were organized in different parts of China between 1932 and 1935.  The 15 clubs, which were, then in existence in China together with the Rotary Club of Hong Kong, and three other Rotary clubs in the Philippines, were in 1935 Constituted into Rotary District 81, with the late Dr. C.T. Wang elected as its first district governor.

When the Japanese invaded Shanghai in 1937, there were 23 clubs in China, one in Hong Kong and three in the Philippines, having a total of 1,211 Rotarians.  They were then divided by Rotary International into three Rotary Districts as follows:
District 96 which replaced District 81 in October 1937 covered roughly South China, Hong Kong and the Philippines with 11 clubs and 529 members; District 97 for Central China with 11 clubs and 475 members and District 98 for North China with five clubs and 207 members.

In 1938, the Philippine Islands were detached from District 96 of South China, but Macau was included in this district although there was no Rotary club in the Portuguese enclave at that time.

In the following four years prior to the outbreak of the Pacific War in December 1941, many of the Rotary clubs in the Chinese cities under the Japanese occupation were still permitted to operate according to the official directories of Rotary International (R.I.).  Those four years recorded the existence of 25 clubs in 1938 and 26 clubs each in 1939, 1940 and 1941.  The 26 clubs included those in Chungking, Chengtu, Changsha and Sian, which were still free from the Japanese occupation.

The Japanese changed their policy following the outbreak of the Pacific War by closing down all the Rotary clubs in Japan and in all other territories occupied by them.  Chungking, the capital of wartime China, was bombed in four successive years, yet the Chungking Rotary club had never stopped functioning.  Rotary International records showed that the Chungking club continued to hold weekly meetings as usual, but not always in the same place.  When warning of an approaching air raid was received, a new meeting place was selected and word was passed along to its members.

Changsha, another city in free China, was three times the chief target of the Japanese attack.  The club there had to move out from the city on each Japanese onslaught, but still carried on its meetings.

After the outbreak of the 2nd World War, Shanghai Rotarians stopped functioning as a club because the Japanese would not allow it to meet regularly, but the members continued for some time to get together informally every week, often times in their homes.

Rotary in China had shown great vitality as well as courage.  Notwithstanding frequent air raids and other dangers, Rotarians had succeeded in establishing four new Rotary clubs during the war years when Western China held its own.  These four clubs were organized in Lanchow, Wuchow, Kweilin and Kweiyang.  There was a total of nine clubs with 295 members in China by August 1945 when Japan surrendered to the Allied Forces.

Because of air raids and loss of territory Rotary in China had suffered a great setback, but the outlook immediately after the end of the 2nd World War was very encouraging.  As soon as an area was freed from Japanese control, Rotarians at once took steps to re-establish their clubs.
The clubs in the three Rotary Districts, 96, 97 and 98, which were the first ones to be re-admitted to Rotary International membership after the war, were the Rotary Clubs of Hong Kong, Shanghai, Hankow and Beijing.  The first post-war Districts Governor, again in the person of the late Dr. C.T. Wang, jointly supervised the three districts.

In the following year the three districts were again separately constituted, but in 1950 they were renumbered as District 57 for South China, including Taiwan, Hong Kong and Macau, District 58 for Central China and District 59 for North China.  The number of clubs in the three districts had grown to 22 with 1,091 Rotarians by the Rotary Year 1950/51.  Incidentally, Taiwan was grouped with Japan in the prewar days.

The Rotary Club of Hong Kong was suspended during the Pacific War after operating for ten years since 1931, but revived in 1946.  It sponsored the Rotary Club of Macau in 1947 and the Rotary Club of Kowloon in 1948.  The first postwar club in Taiwan was organized in 1948.
The situation in China deteriorated tremendously and the Rotary movement on the China mainland came to a complete standstill following the Communists coming to power in 1949.  Later, when only four of the 22 postwar clubs in the three districts were able to function, with one each in Hong Kong, Kowloon, Macau and Taipei, Rotary International saw it fit to remove the district status of our area on July 1, 1951.  The late Dr. Arthur Woo was appointed by R.I. as its first Administrative Advisor for the Hongkong-Macau-Taiwan area.

Rotary had been growing fast in Taiwan after the 2nd World War and it had branched out another two new districts, viz., District 346 in Central Taiwan and District 347 in Southern Taiwan in the years 1978 and 1984 respectively.

Due to the rapid growth, the number of Rotary clubs mushroomed to 101 in District 345 (Hongkong-Macau-Northern Taiwan) during the Rotary Year 1986/87.  It was just impossible for a district governor to oversee all these clubs, hence a new district was born, known as District 348 (Northern Taiwan) whereas District 345 remained unchanged, except the area covers only Hong Kong-Macau with a total of 27 clubs as from 1st July 1987 under the leadership of District Governor Raymond Wong.

In January 1995, the first club in Mongolia, Rotary Club of Ulaanbaatar was chartered.  Since then, the membership has grown steadily.  From 1st July 2000, Rotary International approved to include Mongolia to be part of District 3450.  In February 2003, Rotary International Board of Directors decided to assign the two provisional Clubs in Beijing and Shanghai to be supervised by our District.  With their independence and upgraded to be official Clubs, they directly reported to Rotary International and disaffiliated with us from 8th February 2006.

I cannot distance the memoir of our Rotary Information Centre when it was started to own our premises at the present address since 1985. The Centre is closely linked together with our district 3450. There were certain changes throughout these long years, such as renovation, personnel changes and etc.  It is pleasing to note that the services at the Rotary Information Centre has been expanded and upgraded over the years to meet the increasing number and changing needs of the clubs.

District 3450 consists of the territories, viz., Hong Kong, Macau and Mongolia.  With the addition of 2 new clubs, namely Rotary Club of Financial Centre and Rotary Club of Lan Kwai Fong in 2007-2008, it is growing pretty fast under the leadership of District Governor Peter Wong with members coming from different trades and professions.

Today, District 3450 has 63 Clubs and about 1,700 rotarian members including 48 Clubs in Hong Kong, 6 in Macao, 8 in Mongolia and 1 E-Club. In Taiwan, they have developed to 7 Districts now.  All these are lovely memory for myself because I had spent my wonderful days as the District Governor in 1981-1982 supervising both Hong Kong, Macao and Taiwan.

It is gratifying to note that while other countries are losing members, District 3450 is increasing its membership by establishing new Rotary clubs in our area by quality than quantity.

Tags:  GeneralHistory
This entry was posted on Friday, November 10th, 2017 at 9:55 am and is filed under History. You can follow any responses to this entry through the RSS 2.0 feed.Both comments and pings are currently closed.
Back to Top
Designed by Rotary District 3450